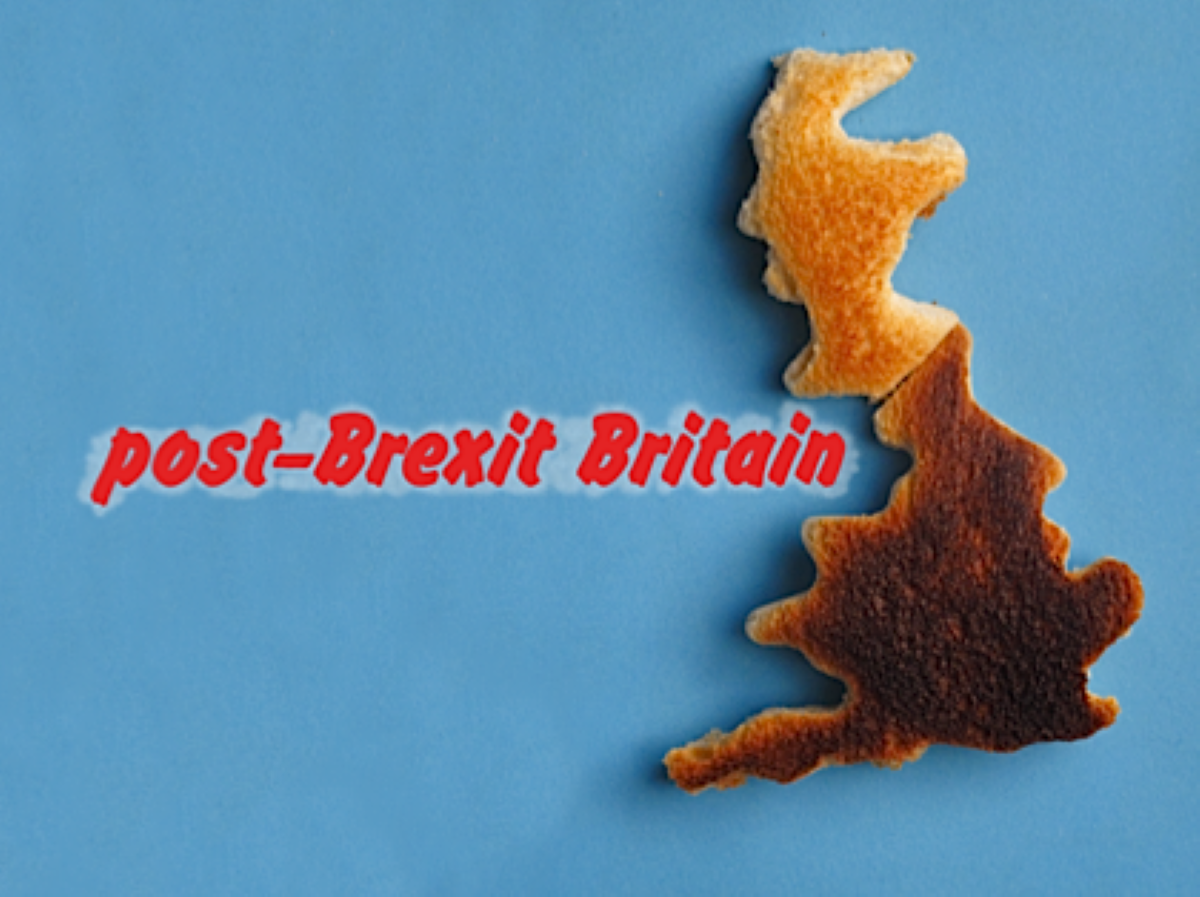 Stuffed: How Brexit will change the way you eat

Consider this a one-stop shop for your information about Brexit and food. If May is able to pursue her current policy to its end, almost everything about what you eat will change, from the farm it comes from, to the factories it's produced in, to the price at the supermarket till. Some things will become more expensive, others perhaps cheaper, others unavailable. Thousands are likely to lose their jobs. Nothing will be the same again.

The first thing to understand about British eating habits is that they're exotic. Even our national dish uses fish from Norway. We get an awful lot of our food from abroad.

The Department for the Environment, Food and Rural Affairs’ (Defra) 2015 Food Pocket Book supplies some headline figures about where our food comes from.

One of the key factors is national self-sufficiency. That basically answers the question of whether a country can get by on just what it produces. An important element of that is what economists call 'farmgate value'. This can be used to gauge the proportion of UK-raised farm products that go to the domestic food industry for processing and packing.

Farmers outside the UK accounted for nearly half (46%) of the total farmgate value of unprocessed food purchased in 2014. Most of the overseas food came from EU farmers, who supplied 27%, while Africa, Asia, North and South America stand at four per cent each.

The biggest shortfall in UK food production concerns fruit and vegetables. UK farmers supplied just 23% of all fresh produce at farmgate values in 2014. The rest was imported, with substantial tonnages coming from EU neighbours, such as Spain and France.

There are very substantial tariffs on agricultural products. This wasn't a problem before because the customs union imposed zero tariffs for its members. Food manufacturers didn't need to worry too much about where their raw ingredients come from. And many countries outside the union are covered by the 53 bilateral trade agreements it enjoys, conferring favourable trading terms for basic food industry commodities like palm oil and soya.  Theresa May might be able to cling onto some of those membership perks, although the noises from Europe are not reassuring. If not, we face the very real prospect of suddenly seeing eye-wateringly high tariffs on goods being sent to us from the continent, and the rest of the world.

It would be the end of a very long and stable era in British global food consumption. For centuries, the UK has focused its efforts on peacetime procurement abroad, rather than domestic food production. The merchant fleet which took British manufactured goods all over the world in Victorian times earned its keep by bringing back shiploads of agricultural products, such as grain, tea and sugar.

We've gotten used to these exotic products. In a world supposedly driven by international trade, we take abundant, cheaply-priced food for granted. We look no further than the supermarket shelf for foods made with ingredients that have travelled hundreds of miles to join us for a meal. Soon we may need to be more conservative in our eating habits.

And that's not all that will change. The labour going into these products comes from all over the world as well. Behind the slick marketing and colourful packaging, an unseen army is at work, preparing food week in, week out.

The UK's 8,600 food manufacturers recruit many non-UK EU nationals to work in their factories. Industry body the Food and Drink Federation tells us that 95,000 of them hold down over one in four of the food manufacturing jobs in the UK. Alongside the 138,000 EU nationals who work in British bars, restaurants and catering, they make up a European workforce of 1.8 million in the UK food industry.

Many UK farmers need to employ seasonal workers to ensure that fruit and vegetables reach the market. Picking fresh produce requires stamina and dexterity to ensure the product integrity and visual perfection demanded by retailers, who work to very tight delivery windows. At strategic moments in the year, gangs of seasonal workers are employed in rural isolation, frequently grafting for a pittance.

The Seasonal Agricultural Workers’ Scheme (SAWS) operated a yearly quota of 21,000 for seasonal workers from Bulgaria and later Romania until it ended in December 2013. Accurate data for seasonal workers have always been hard to come by, so the 21,000 ballpark figure has remained in common use. If Theresa May really plans to end free movement, she urgently needs to invent a visa category for these workers, or else the businesses they work for will go bust.

And there are the subsidies. Lots of UK farms benefit financially from the Common Agricultural Policy (CAP), which has long been used to channel a large chunk of the EU‘s budget into increasingly unsustainable food production methods. In its current form, the CAP funds a flat-rate land-based income support (known as Pillar I) and match-funds a smaller rural development programme (known as Pillar II).

In England, Pillar I funding worth £1.8 billion a year is paid through the Basic Payments Scheme (BPS). At a sectoral level, BPS and other subsidies represent about half the total income from farming in England.

For now, the government is committed to maintaining these funding levels until 2020. But there is no guarantee that the UK will be able to sidestep WTO rules on "market-distorting" state subsidies, the way it could in the EU.

The EU negotiated an exemption with the WTO for production-coupled CAP subsidies, referred to as 'allowable subsidy'. But without access to a share of the EU’s allowable subsidy pool, the WTO rather than the UK government will decide what level of market-distorting subsidy, if any, can be granted to UK agriculture. And even if it can, ministers have offered no reassurances about even wanting to maintain subsidies after 2020.

The disappearance of the annual BPS cheque would mean the end of the road for struggling farms in the weeks and months following Brexit. If, as seems likely, the UK leaves the customs union, those remaining in business will then be hit by tariffs on their exports. At home, livestock producers face the prospect of competing against imports from low-cost, low-welfare production systems.

WTO rules do not allow importing countries to discriminate between production systems unless it forms a part of the tariff specification. In other words, the WTO is perfectly capable of putting beef produced from animals raised ankle-deep in their own faeces on feedlots on an equal footing with beef produced from grass-fed animals. UK beef producers will face competition from systems and veterinary products that are not currently available to them and fly in the face of basic animal welfare.

The customs union currently protects EU beef producers from this scenario. But once outside the customs union, the relentless downward pressure on production costs will drive yet more farmers out of business.

To avoid all this, Britain might try to eat more home-grown food. But even if the national diet changed overnight, it would still take several years for agriculture to catch up.

The truth is that Brexit is going to change almost every aspect of how we eat. Tariffs, an end to European regulation, immigration changes and the drying-up of subsidies will change the face of the country’s food industry beyond recognition.

In a former life Peter Crosskey was commodities editor on The Grocer, but he has spent most of this century writing about French food production and European food policy issues. He has written extensively for the ARC2020 website as its UK correspondent.