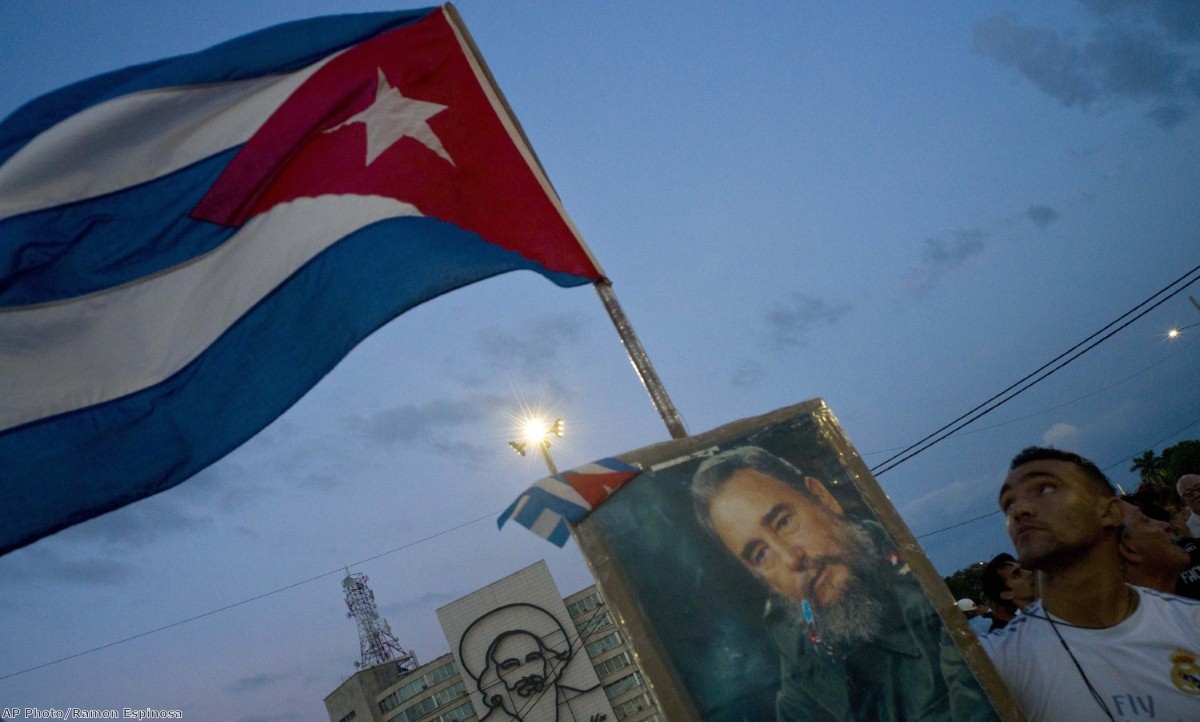 The left can handle Castro’s crimes, but not his nationalism

In the days following Fidel Castro's death, the same old tired arguments have been fought as they have for decades. What has struck me is not the radical left's blind spot over Castro's crimes, but their veneration of his military struggle, often in stark contrast to their own politics.The truth is that Castroism lasted because it successfully married an ideology to a nationalist liberation struggle, using patriotism as a vehicle for his political and economic experiment. Without placing Cuban nationalism at the centre of his project, his revolution would have failed.

There is irony in radical leftists such as Jeremy Corbyn lauding Castro as an internationalist and a champion of social justice. He was of course first and foremost a nationalist figure, in a similar vein to Ho Chi Minh and Mao Tse-tung. Tellingly, his hero was not Lenin but José Martí, the Cuban nationalist and poet, who died in 1895 fighting for Cuba's independence. Once again, the British left has got itself into the peculiar situation where it is comfortable advocating and celebrating nationalist liberation movements across the globe, but looking and feeling uncomfortable whenever nationalism rears its head at home. More poignantly, compromises are often made abroad, accepting Castro's appalling record on LGBT rights, for instance, but refusing to sing the national anthem as a point of principal.

Fidel Castro was "a huge figure in our lives" says @jeremycorbyn following the death of the former Cuban leader. pic.twitter.com/17jTlfLODD

Castroism may seem like a historical anachronism, but with the populist right rampant and social democrats seeming incapable of responding or adapting to radical nationalism, there are lessons the left must learn and quickly. In our time, any leftist party of government that has failed to place itself as the harbingers of national spirit has lost. While in Scotland and Greece, for example, leftists maintained or gravitated to power by channeling nationalist forces. To win power once again, social democrats must also ground their own political goals within the traditions and customs of the nation. Something which it has forgotten how to do.

In the UK, this will mean reclaiming certain political symbols from the right. Failure to do this will mean we cannot compete for power and legitimacy. This is more complex in the UK, with Britishness tied so much to imperialism and sub-identities of Englishness, Scottishness and Welshness. It is possible to hold shared identities. The left should no longer run from flag waving or feel uneasy about acknowledging pride in our shared values. It was George Orwell, the great English novelist and essayist, who grasped that the Union Jack was the flag of empire, slavery and military adventurism, but that it was also the flag which stood alone against Nazism, faced down the Soviet Union, built the welfare state, and abolished slavery. A progressive Britishness and Englishness can be re-forged.

Nationalism doesn't have to be exclusionary. It can be a potent tool from which to build social cohesion – forming the antithesis of neo-liberalism, building a sense of shared identity and predisposing people to a sense of solidarity. In this period of unease and rapid globalisation it can help societies adapt and digest these changes. Jeremy Corbyn's own political hero, Tony Benn, knew how important it was to place today's political struggles in the past. He rooted his socialism in a long tradition of English radicalism, from the Peasants' Revolt in 1381, to the levellers in the English Civil War, to the Tolpuddle Martyrs. While Labour's greatest prime minister, Clement Attlee, provided an alternative to Churchill's Britain of imperial ambitions and inherited privilege, instead pioneering a social patriotism that focused on the growth of liberty, democratic government and social justice in Britain. It can be done.

In the modern context, politicians on the left should do so much more to battle against the forces of reaction. The rise in racial attacks on Poles living in Britain in the aftermath of the Brexit vote was horrifying. Labour rightly opposed those attacks in the strongest terms, but we should have made clear how those attacks were at their core 'unBritish' and a betrayal of our nation's past. Without Polish pilots during the Battle of Britain we may have lost the battle which turned the tide of the Second World War. This is part of our national story and politicians on the left should not shy away from history to make their arguments.

The alternative is to ignore nationalism's resurgence and remain paralysed by it. To embrace it does not mean resorting to racism or protectionism, it instead means rooting policy in our institutions and history and in doing so communicating in a very different way. An inclusive civic nationalism can protect and enhance our pursuit of social justice. Questions around race and identity are going to define politics in the West over the coming decades. The left must respond, or allow the forces of reaction to utilise nationalist feelings to pursue its own devastating ends. Fidel knew its poignancy.

Benjamin Craig is Labour party activist and a former parliamentary staffer. He now writes about political economy and party politics. He can be found tweeting @BenjaminFCraig