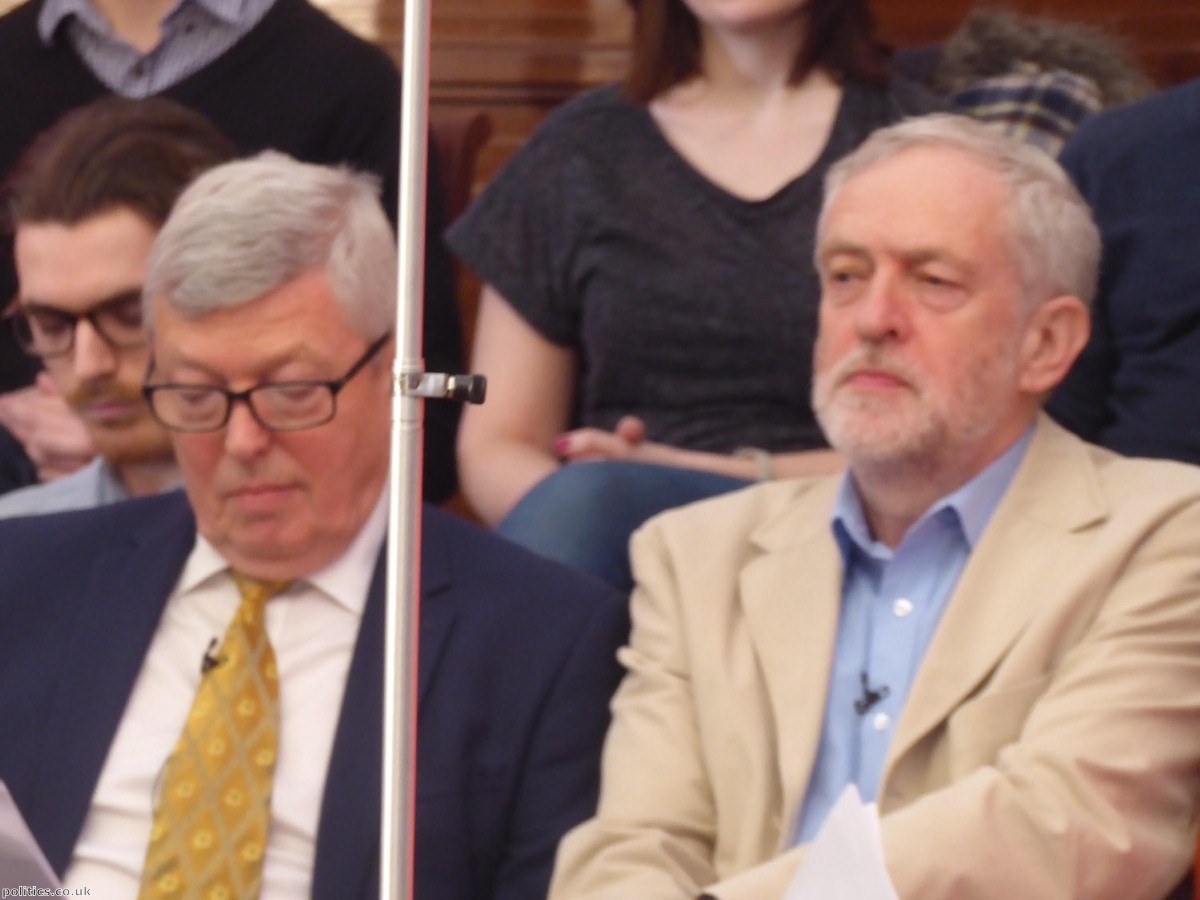 It is now generally accepted that if Leave win the referendum, David Cameron will have to resign. However, nobody has so far asked what a Leave result would do to Jeremy Corbyn.

After today's speech backing Remain, I believe it's obvious that he would have to go too.

In truth Mr Corbyn has so far had a dismal referendum campaign. Not only has he disappointed many of his supporters by falling into line on the EU with the ruling elite whom they asked him to challenge, he has also disappointed his enemies by campaigning for the EU so tepidly. If he really wanted people to believe in his conversion to the EU after 40 years of denouncing it as a capitalist conspiracy he should have barnstormed the country to denounce the folly of his giddy youth.

If Corbyn is unable to prevent a Leave vote then there will be little or no reason for the Labour party to persist with him as Leader. So let's suppose Labour MPs right across the party spectrum pass a vote of no confidence in him and ask party members and supporters to choose another leader. Unlike last time, few MPs would repeat the mistake of nominating him, or any other hard left candidate. Labour MPs would surely only nominate leadership candidates they believe could win a general election.

Suddenly, the prospect of a new and electable Labour leader in 2020, leading a united party against a fractious and embittered post-Cameron Tory party looks compelling.

It's certainly a better prospect for Labour than the Remain scenario: Corbyn leading a fractious and embittered party against Cameron’s anointed successor, in an election almost no one believes the party can win.

It is also very possible that a Remain vote will have highly unpopular consequences in a short time. Britain will have signed up to anything the EU wants to throw at it. The EU would then push ahead with its plans for a European army and more European taxation, more European control or influence over business law, social security and employment law. Although Britain is allowed to stay outside the Eurozone, it is forced to share the ever-increasing costs of propping it up. And of course we continue to face uncontrolled migration from the EU – accepting an indefinite supply of refugees from the euro, with no hope of change.

All or any of these would quickly make Cameron's government very unpopular. But Labour would not necessarily benefit considering Corbyn’s own Remain stance. Instead Ukip would be able to say "we told you so" and mop up droves of disenchanted Labour voters.

To make the Leave scenario even more attractive to Labour: the party could join a grand post-Cameron coalition to secure the best possible terms of Brexit. Frank Field, a leading Labour Leave advocate, has already called for this.  If they really want to win the referendum then Tory Leave leaders should commit themselves to this because it could have a major impact on the campaign.

All of a sudden, Labour MPs would see a chance of gaining office in 2016 instead of waiting for 2025 at the earliest. This could concentrate minds powerfully. Even the most ardent Remainers might find it their patriotic duty to return to government to help negotiate Brexit and to deliver the country from a pure Right Wing free-market-crazed Tory government. The fear of such a government after a Leave vote is a major deterrent to Labour and left-of-centre voters – so the Leave campaign should remove it.

Labour ministers could serve in the grand coalition until the terms of Brexit are established. Labour would then leave and holds a serious, meaningful debate with the Tories until the 2020 election over Britain’s new independent future.

Of course the Scottish Nationalists would demand a new referendum on Scottish independence. But it's difficult to see how they would win it. Labour could easily say to the Scottish voters: “You know damn well that there is no oil bonanza to finance an independent Scotland, not now and not for years to come. So do you seriously believe that Scotland will have importance and influence in the EU – as much as it does in the United Kingdom? Do you really believe that the EU will transfer more resources to Scotland than it now gets from being in the UK? Independent Scotland would be a small applicant member of the EU. It will not get any special terms. It will have to sign up to anything the EU demands. It will have to use the euro, if not immediately, then before very long. Will the EU care if unemployment goes through the roof in Scotland – any more than it cares about mass unemployment in Greece, Italy, Spain or Portugal or anywhere else in the Eurozone? Are you really sure that so-called “independent” Scotland will thrive in the bureaucratic, undemocratic and economically foundering remains of the EU? Or would you prefer to share a democratic, outward-looking, independent future within the UK?”

This would offer a better hope of reconquering Labour votes in Scotland than limping along in the status quo.

Suddenly the prospects for Labour after Brexit look fairly rosy. The end of David Cameron, a new electable Labour leader, early return to government, a serious mission for the country and even a possible revival in Scotland. Like any other Leave scenario, this golden future for Labour is of course highly speculative. It would mean taking big risks and could end in tears.

But that is surely better for Labour than accepting the certainty of further decline and defeat after a vote for Remain.