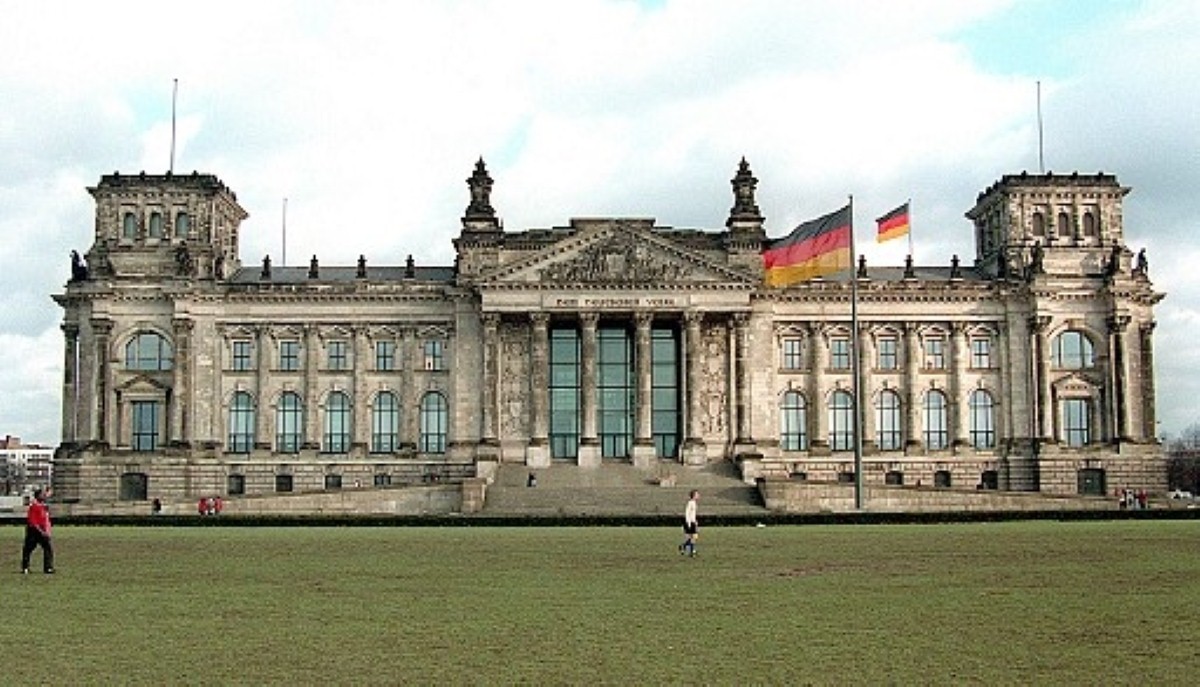 Why is Labour still so obsessed with the German model?

This summer's Labour leadership contest demonstrated an apparently yawning ideological chasm between the four candidates. Jeremy Corbyn was accused of being a candidate of the far-left, Liz Kendall was urged by some to "go and join the Tories", while Yvette Cooper and Andy Burnham were judged to be somewhere in between. However there was one theme that all four candidates drew upon: the invoking of Germany as a justification for potential policies.

Jeremy Corbyn and Andy Burnham were both keen on the German model of trade union bargaining, while Yvette Cooper said Britain should look with envy at how Germany invests three per cent of GDP in science, technology and innovation. Meanwhile Liz Kendall thought Britain should emulate Germany's research and development spending, employee representation on company boards and the local banking sector. Using Germany as a role model has clear benefits, it links candidates' policies with the perception that our German cousins have successfully implemented a low inflation, low unemployment, high growth and diverse economy, that still guarantees union rights and social harmony. It's enough to make you want to learn German and buy a one-way ticket to Berlin.

This German envy has a long history in British politics. Ed Miliband was perhaps the most obviously Germanophile party leader in recent history, regularly citing the success of their economic and industrial policy. An economy powered by medium sized, family-owned, exporters – a Mittelstand – was an appealing dream, but never really caught on. In 2012 Miliband said:

"They make sure that the state helps finance to reach the small and medium sized enterprises which need it. This isn't about picking winners. It is about the state getting the market moving, like our most successful competitors have been doing since the fifties. It's no coincidence that in Britain we haven't done as much to develop a Mittelstand like Germany.”

Lord Owen, who said in 2011 that he could "consider voting" for his old party under Ed Miliband's leadership, is another well-known advocate of the German model. He was a founder of the Social Market Foundation in 1989, openly admired the German post-war 'social market economy' and helped form the Social Democratic Party which was clearly similar to Germany's SPD.

On the face of things we can see why a German model or social market economy might be appealing to Labour politicians, particularly those towards the political centre. It appears to blend a market economy with a high degree of social provision and an active state, managing to secure workers' rights and monetary stability. Trying to transplant the German model to Britain, however, is a mistake. In 2012 Matthew Taylor recorded a programme for BBC Radio 4 called Neue Labour that examined centre-left British politicians' obsession with the German model. He concluded that lifting policies directly was difficult due to the differences in culture, history and development of the two countries. In other ways, however, Labour's fascination with Germany is a bit odd.

The principles of the German model were forged in the post-war years by the centre-right CDU governments led by Konrad Adenauer and, in particular, economic liberal Ludwig Erhard. The latter was inspired, and advised, by the group of intellectuals that coalesced in interwar Germany, most notably at Freiburg University under academic Walter Eucken. It was here, in the 1930s, that the term neoliberalism was coined, latterly becoming known in a German context as 'ordoliberalism', that is to say a market economy that promoted competition, overseen by the state and the rule of law. A number of ordoliberal thinkers had to flee Nazi Germany but took up influential positions after the war. Erhard's neoliberal credentials were impeccable; he was also a member of Friedrich Hayek’s Mont Pelerin Society.

It was the Social Democratic Party (SPD) that had to accommodate its socialist inclinations with this post-war model. For true ordoliberals the social market economy became too social during the years in power of SPD Chancellors Willy Brandt and Helmut Schmidt, from 1969 to 1982. Nevertheless many contemporary German politicians pay lip service to ordoliberalism and the social market economy. Angela Merkel has spoken in Freiburg, declaring: "Unfortunately there aren't Euckens in all the countries of the world." The core principles of the post-war German model are sound money and the application of rules, and few politicians deviate from this, much to the chagrin of the weaker Eurozone economies. Good industrial relations are another characteristic of the German system. Gerhard Schröder's 'Agenda 2010' labour market reforms would be very difficult for most centre-left parties, but incredibly his SPD/Green coalition government secured them with cooperation of the trade unions.

With this in mind it is unsurprising that the German model first attracted the interest of Conservative politicians in Britain. Keith Joseph, Margaret Thatcher's 'guru', set up his right-wing think-tank in 1974 to study the social market economy and initially called it the 'Ludwig Erhard Foundation' and 'Institute for a Social Market Economy', before settling on the more benign Centre for Policy Studies. Nigel Lawson, of all people, showed some interest in the German system of 'works councils', where employee-led organisations sit on company boards. Inevitably, however, this interest waned when it actually came to forming policy. To state the obvious, Germany and Britain are two very different countries and off-the-shelf policies rarely translate.

Labour politicians may be missing one other intellectual undercurrent, however, that they could take from the German model. The thinkers that inspired post-war Germany drew upon a key observation: that no healthy economy or society can have vested interests, groups, sectors or monopolies that wield too much power. This informed the diagnosis of the ills of both the Weimar Republic and the Nazi regime. This principle supports much of the German model, from the Mittelstand to its competition-enforcing agency the Bundeskartellamt to the country's consensual trade union approach, and this point could potentially be applied in a British context.

Voters clearly thought that the trade unions wielded too much clout in the 1970s and, to many, this became interchangeable with the Labour Party. Today we see a Conservative government which is incapable of challenging the hegemony of the financial sector in the British economy, were too timid to confront media giants during the last parliament and if you really want to stretch the point, in hoc to NIMBYS in many of its MPs' constituencies, thereby preventing the building of new housing stock.

Challenging vested interests is notoriously difficult in a democracy where different parties represent different sections of society, but it can also be popular. A more balanced economy in which all people benefit isone element of the German model which could actually work for Labour in Britain.

Robert Ledger is a political researcher. His areas of interest are contemporary British and European politics and the history of ideas. He has a PhD in political science from Queen Mary University in London and is the editor of the next issue of the Journal of International Relations Research. Follow him on Twitter.